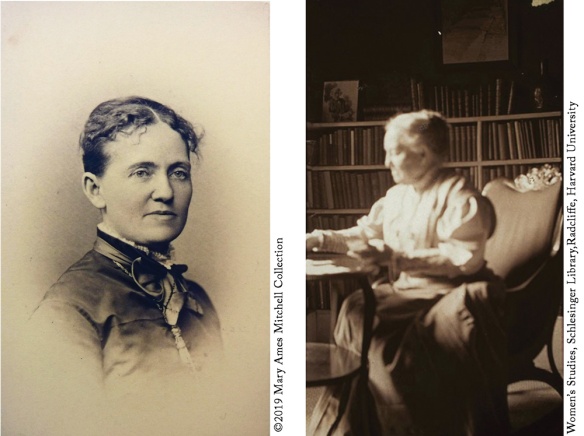 This is why studying my ancestors can be so interesting. Often I find connections between events in the distant past that enrich my understanding of events today. This time the women’s rights and child labor law connections are between my great-great-grandmother Fanny Baker Ames and Massachusetts Senator Elizabeth Warren.

Yesterday I wrote up a bio of Fanny because she is being featured in an exhibit for the Massachusetts State Police Museum. Fanny lived in Boston in the 1880s, when she was in her 40s. While her husband Charles Gordon Ames busied himself as the minister of the Church of Disciples Unitarian Church, Fanny served as the president of the Boston Equal Suffrage Association, held offices in the Massachusetts and New England Woman Suffrage Association for Good Government, served two terms on the Boston School Committee, and was one of the first women on the original Board of Trustees for Simmons College.

Most relevant to this blog post, on May 9, 1891, Fanny was one of the first two women hired as officers for the Massachusetts State Police. The other woman, Mary Ellen Healy, lived in Lawrence, Massachusetts. Fanny and Mary Ellen worked as factory inspectors to help enforce the new child labor laws. Men officers were each paid $1,500 per year. The women were each paid $1,000 per year, though the men and the women did the same job. Fanny worked for the police until 1897. But Mary Ellen stayed on for 37 years.

Then this morning (February 20, 2018), on BBCNews Online, I read about Elizabeth Warren officially launching in Lawrence, Massachusetts her campaign for the 2020 Democratic race. “Ahh, Lawrence,” I thought, curiosity piqued because, of course, I remembered learning yesterday about Mary Ellen of Lawrence. I related to this news article with a completely different perspective than if I had not written Fanny’s bio yesterday.

“The Massachusetts senator told the crowd of several thousand in Saturday’s blustery cold about Everett Mill. …. Back in 1912 [when Mary Ellen was still an inspector there], the textile factory was the scene of a labor strike for better pay and working conditions that expanded to include 20,000 workers, mostly women, in the then-bustling industrial town.

“The movement that started in Lawrence, [Warren] explained, led to government-mandated minimum wage, union rights, weekends off, overtime pay and new safety laws across the US. The story of Lawrence is a story about how real change happens in America,” Ms. Warren said. “It’s a story about power  –  our power  –  when we fight together.”

I suspect Elizabeth Warren caused as many eyes to roll as I do when I talk about my ancestors, but wouldn’t Fanny have been happy to know that six of the ten Democratic candidates running so far for President in 2020 (400 years after Fanny’s ancestors Francis Cooke and Richard Warren stepped off the Mayflower) are women? Richard Warren may well be Elizabeth Warren’s ancestor, too. Six degrees! 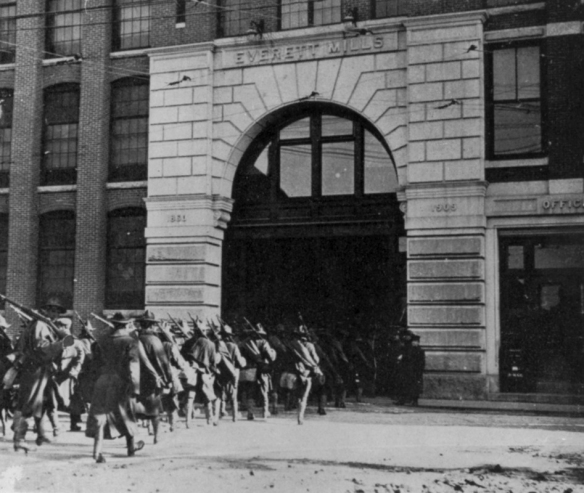